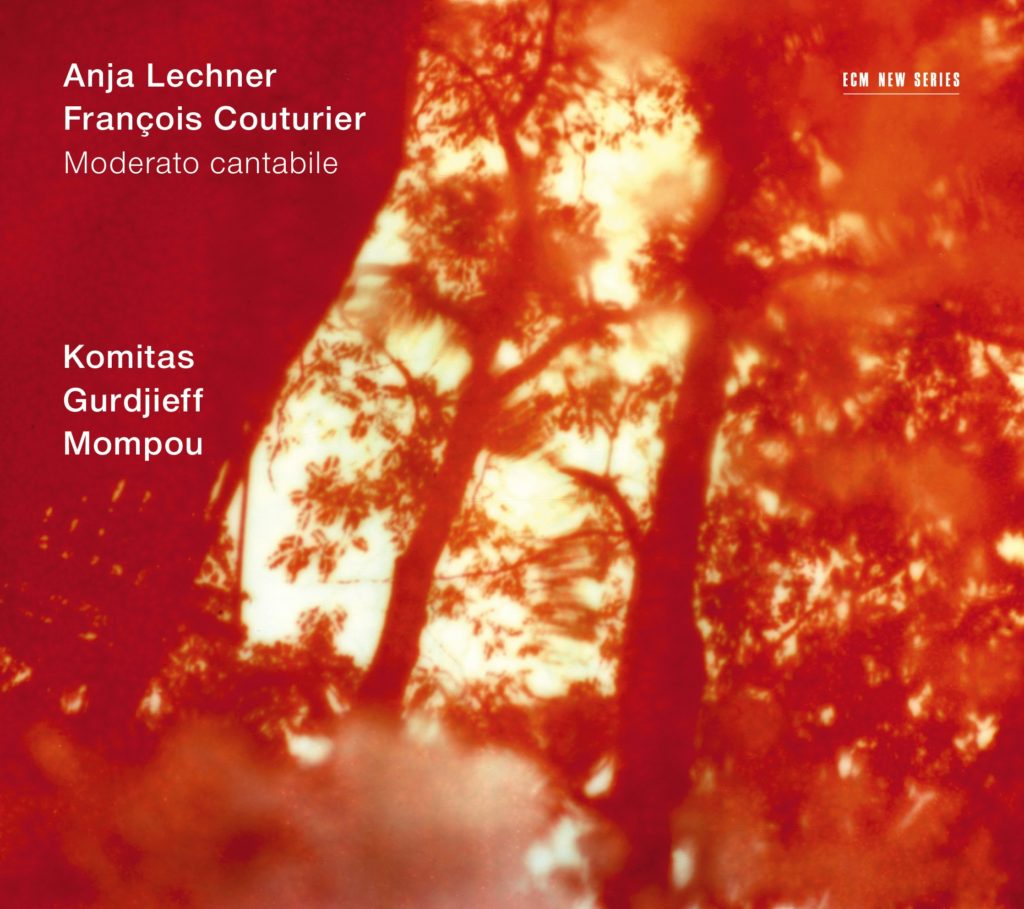 After a decade of shared work in the Tarkovsky Quartet and an ongoing alliance in the Pergolesi Project (with singer Maria Pia De Vito), German cellist Anja Lechner and French pianist Franҫois Couturier unveil their new duo. The players approach the music from different vantage points: Lechner is a classical soloist with an uncommon interest in improvisation, Couturier a jazz musician travelling ever further from jazz. On Moderato cantabile they present their own arrangements of works by three fascinating outsiders from the margins of music history – G.I. Gurdjieff, Komitas, and Federico Mompou. To differing degree their music reveals influences from the east, both in terms of relationship to folk traditions and religious music, and philosophically. A contemplative air pervades the session. The programme has connections to Anja Lechner’s acclaimed account of Gurdjieff’s music on the earlier Chants, Hymns and Dances (with Vassilis Tsabropoulos), but the new duo has its own identity, and time spent in Armenia has deepened Lechner’s understanding of the contexts from which the music emerged: her cello assumes almost a singer’s role in these pieces, exploring the strong melodies. Franҫois Couturier’s compositions function as both contrasting and complementary elements. As a player, Franҫois has a long history of working with Mompou’s music. He has been influenced, furthermore, by his association with Anouar Brahem, and the sonorities of the Middle East are part of his palette. Moderato cantabile, a striking and unusual album, was recorded in the rich acoustics of the Lugano studio in November 2013 and produced by Manfred Eicher.