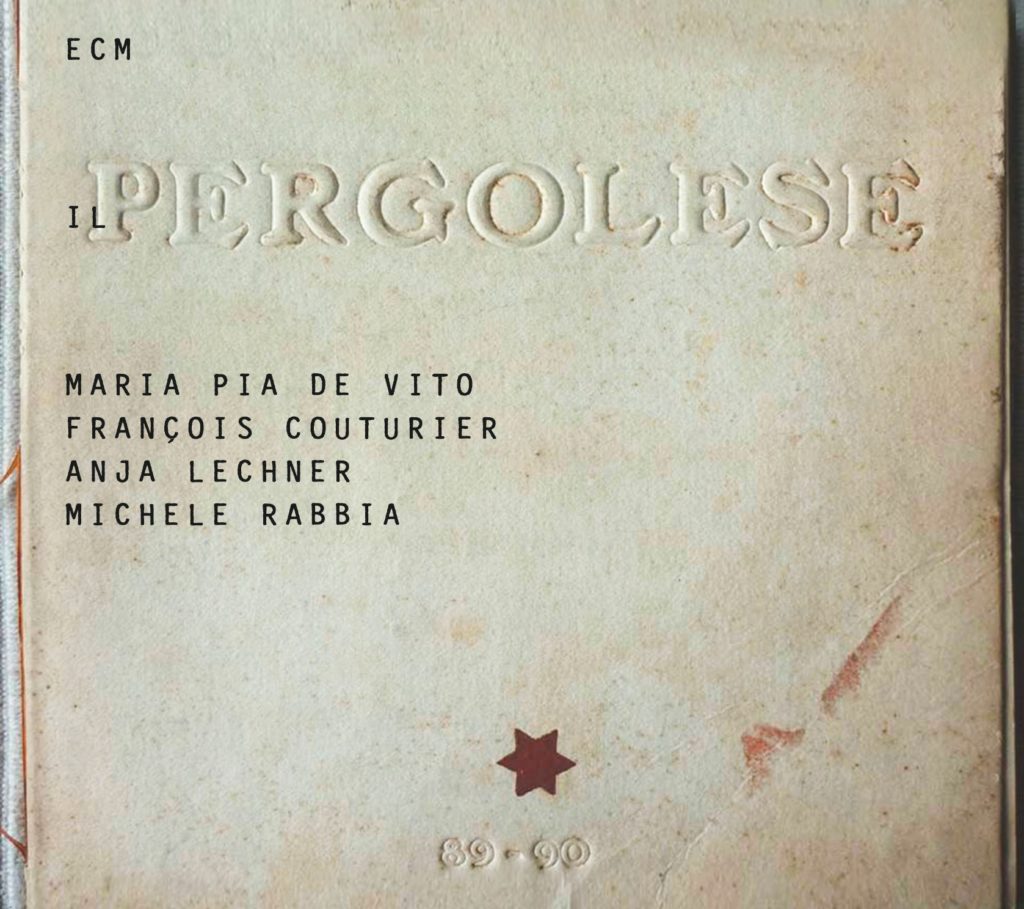 Il Pergolese pays tribute to 18th century composer Giovanni Battista Pergolesi (1710–1736), and considers his relationship to the art music and the popular music of Naples, from a highly contemporary perspective. The text of the Stabat Mater – translated into Neapolitan by Maria Pia De Vito – and the opera arias, are transformed into songs and vivid narrative, open frames providing the key to reinterpreting Pergolesi. François Couturier’s arrangements widen Pergolesi’s structures, offering space for improvisational interaction. But this is a real group project, a discourse among acoustic sounds, with rhythms of drums and metals, and sampled and real-time electronics. Sound textures grow dense with the richness of instrumental counterpoint or are set free in electronic soundscapes and along coloristic, percussive lines, as cello becomes voice or voice becomes an instrument. The project was commissioned by the Festival Pergolesi-Spontini of Jesi in 2011. The present version was recorded in Lugano in December 2012, and produced by Manfred Eicher.