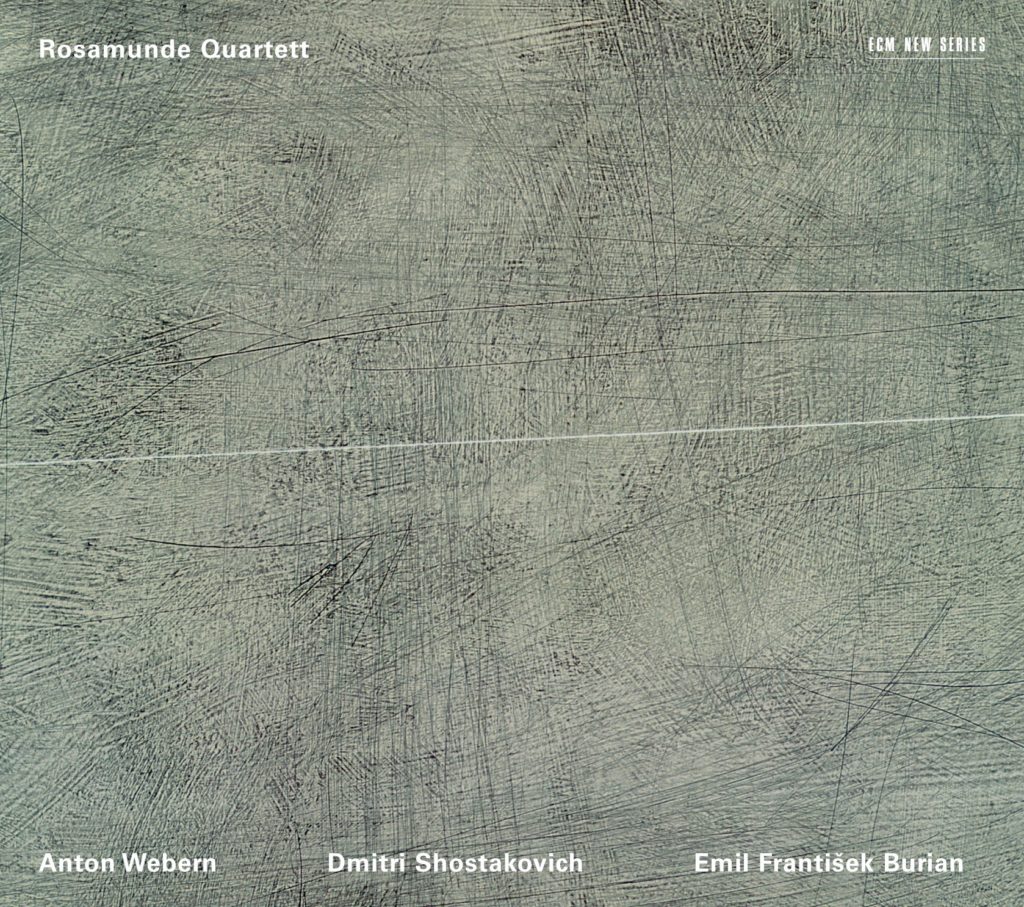 The German-Austrian-Australian Rosamunde Quartett München was formed in 1991 by four musicians of widely differing backgrounds, and given early encouragement by Sergiu Celibedache and Heinrich Schiff. A major success at the Berliner Festwochen a year later elevated them to ‚the elite of the lofty guild of string quartets‘ to quote one German critic, and since then they have toured the major festivals. The undervalued work of Czech composer Burian has been one of the quartet’s enthusiasms from the outset. Here they contrast his 4th String Quartet with Shostakovich’s 8th – in the process alluding to the troubled biographies of both men – in a programme that begins with Webern’s farewell to Romanticism in the Langsamer Satz.